Easily one of the most recognizable names in the online casino market today, Microgaming has enjoyed one of the most prolific positions in the industry for as long as it has existed. From helping to give birth to the very pastime of online gambling, the firm has gone from strength to strength, earning a legion of loyal fans for its often-innovative products. Below is a selection of Microgaming online casinos that accept gamblers from New Zealand.

In the following informative article, we’ll be doing our best to introduce this company that really should need no such introduction! You’ll learn about its history, it’s game selection, its attention to safe and secure gameplay, and, perhaps most importantly, some of the best casinos to play Microgaming games at for New Zealand players.

Microgaming Software Systems Ltd started out in the mid-1990s. It is widely held as being the first creator of any casino software on the planet. From such innovative beginnings, the company has continued to keep pace with the fast-moving industry. As such, it was the first company to develop a mobile casino too!

Based on the gambling company haven of the Isle of Man (iGaming companies just love the jurisdiction’s favourable taxation policies), the company has grown its operations over the years. Not only does it today create some of the best-known slots but also provides poker, bingo, sportsbook, and live dealer games.

Today, Microgaming occupies a stunning headquarters on the Isle of Man. Located just a stone’s throw from the picturesque Douglas Promenade, the cutting-edge base of operations is linked to the firm’s former headquarters by a spectacular glass bridge. The firm really knows how to take care of its staff too. Twenty Six (the name of the building), is equipped with gym, spa facilities, library, and roof terrace. To be honest, it sounds more like a luxury hotel than an office block!

As arguably the oldest iGaming software creator in the business, there isn’t a casino gaming type that Microgaming hasn’t tried its hand at. Obviously, boasting more than 600 titles, we aren’t going to list every one of them here. However, we will introduce you to the main types of games on offer, as well as provide some of the more popular titles.

Of course, Microgaming offers slots. As one of the real trailblazers of the industry, their early slots more closely resembled the slots found in casinos than the extravagant multi-faceted interactive affairs they often are today. Early examples of Microgaming slots include Pharaoh’s Fortune, Martian Man, and Trick or Treat – all released in January 1998.

As computers got more advanced and internet connections grew faster, technology became less of a limiting factor in the creation of online slot machines. This allowed Microgaming to create some of the most instantly recognisable and most loved games in the industry. These include:

Similarly, Microgaming is also well-known for being one of the designers offering the best return-to-player ratings in the industry on their slot games. The company’s most lucrative offerings include:

Finally, in terms of notable slots, the company is also famous for its licensed titles. These games blend movie, video game, comic book, or other references from popular culture with the slot machine package to make some of the most popular games around. Amongst these great titles are the homage to the sci-fi action movie, Terminator 2, the modern-day prehistoric classic, Jurassic Park, the seasonal slash-a-thon, Halloween, and Microgaming’s take on the popular HBO series, Game of Thrones.

Since the iGaming industry took most of its initial leads from the established brick-and-mortar casinos, it should come as no surprise to see Microgaming featuring digital takes on the most popular casino games. Right from the beginning, the provider offered versions of blackjack, roulette, and other instantly recognisable games of chance for punters to enjoy from their own homes. Today, the popularity of these classics has hardly waned.

At New Zealand-friendly Microgaming-powered casinos you can expect to see the following table games and casino classics represented:

According to its website, Microgaming has produced 10 different versions of Roulette over the years. These have included multi-wheel versions of the game, as well as both American and European variants. The most recent addition to the firm’s catalogue was the August 2019 title “Sapphire Roulette”.

As one of the most iconic and favoured table games at casinos both online and brick-and-mortar, of course, blackjack is well represented in the Microgaming catalogue. Versions from over the years include: European Blackjack, Atlantic City Blackjack, Vegas Single deck Black jack, and Multi-Hand Double Exposure Blackjack.

the ever-popular-with-high-rollers game is a part of the Microgaming collection.

Microgaming runs the MPN poker network. Formerly known as the Microgaming Poker Network, it might not be the most popular network on the planet but you will still find a good selection of games from a variety of different styles of the popular player-versus-player card game. The designer was also one of the first to experiment with anonymous poker tables. The idea being that players would be unable to track the actions of other players using sophisticated software common amongst poker professionals today.

Microgaming also offers bingo amongst its extensive game selection. The online take on the classic game has become massive in recent years and given the simplistic action, it was only natural for this industry behemoth to launch its own version.

Progressive Jackpots at Microgaming deserve their own section entirely. This is because the designer was the very first to create one back in the 1990s. Cash Splash was basic by today’s standards but it set a strong precedent amongst the industry – funnily enough, people really like the chance to win life-changing money on a single spin.

In fact, Microgaming today boasts the most extensive progressive jackpot network on the planet. It’s, therefore, no surprise to see the veteran designer boast the largest ever win on an online slot machine. A lucky UK-based player took down almost £15.5 million (over NZ$31 million) on the Mega Moolah machine in 2015 from just a 25p spin!

Microgaming games were initially provided in a download-only format before Flash-based iGaming took off. More recently, the trend has been towards casino games built in HTML-5 and, of course, Microgaming has moved with the times. Games built using the programming language allow for seamless gameplay on just about any screen size. For casino operators wanting to appeal to players using PCs, tablets, and phones, this has been a godsend of development for the industry!

As a constant innovator, Microgaming has had a few world firsts – the (admittedly contested) first online casino game, the first progressive jackpot, and the first mobile casino games. The company also created another firm, Quickfire Games, in 2010. This offshoot focuses on providing licences to other casino operators to use their games in browser. More recently, Microgaming has been exploring the VR and how the technology might impact the iGaming industry. In 2016, it launched a series of games using the Oculus Rift VR hardware. However, given the poor market saturation of such hardware, these games are still to properly take off.

Microgaming: Is it Secure and Fair?

As we’ve demonstrated, Microgaming is a serious contender in the iGaming industry. With a game collection spanning three decades, it has had plenty of time to hone its craft. However, even with some of the best titles in the business, Microgaming would be nothing without player trust.

Fortunately, it’s committed to fairness and security too. Microgaming, along with other notable iGaming companies, was a founder of the eCOGRA organisation. The organisation was set up in 2003 and is an internationally approved self-regulatory group for the iGaming industry. In addition, Microgaming is a member of both the Manx e-Gaming Association and the Remote Gambling Association. These two organisations are also focused on social responsibility and fair gaming in the industry.

Along with its role in various regulatory agencies, the company also boasts prestigious licences. Both the UK Gambling Commission and Malta Gaming Authority have given Microgaming products their stamps of approval.

With its extensive licensing agreements, its voluntary commitment to the utmost in fair iGaming and secure online gambling, and its vast selection of games, Microgaming is more than deserving of its place amongst those at the very top of the industry. The iGaming giant has been innovating for more than 25 years now and doesn’t look like it’s ready to stop any time soon! 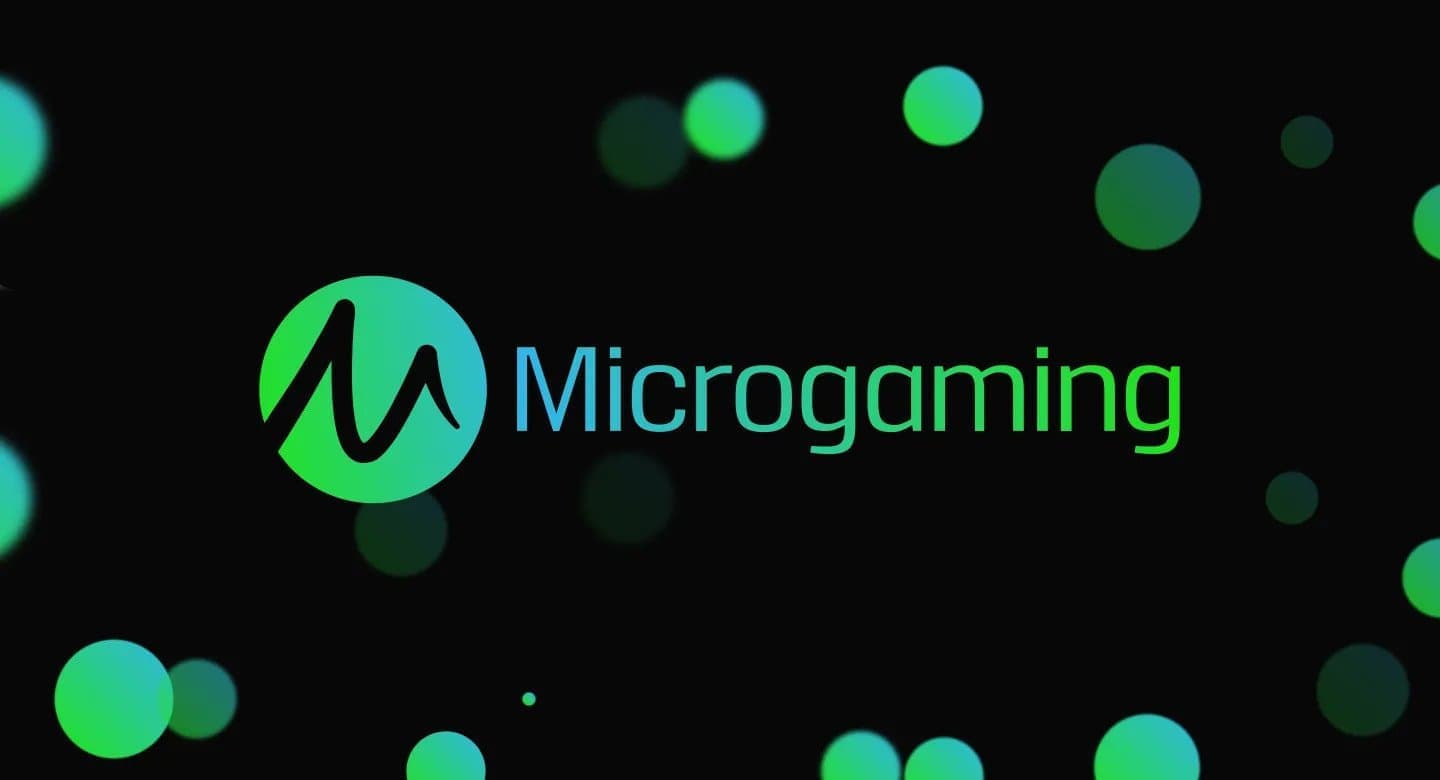 No matches were found
Clear all
Show

No matches were found

18+
T&C's Apply
Cookies help me provide you with better user experience.
By continuing to browse the site, you are agreeing to use of cookies!
Ok